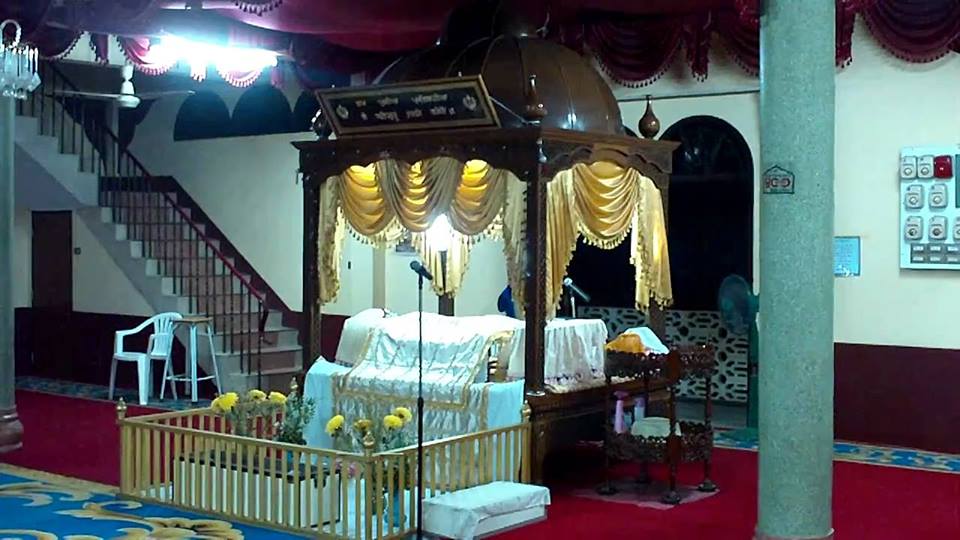 In 1947 A.D., Sikhs started moving to Korat to start some kind of business and earn a living. Initially the Sikhs in Korat did not build any Gurdwara for performing any sort of religious ceremonies or prayers. Instead Sikh people’s homes were used in rotation to perform the religious prayers. However, the religious ceremonies, prayers were performed only on Sundays; the first day of the month and on other religious dates. Later as the number of Sikhs increased, a Gurdwara was then constructed. On December 23, 1984, there was a parade held by the Sikh Community through the town of Korat, to celebrate the opening ceremony of this Gurdwara.The Gurdwara is a two story building and located at 3 Soi Sahaphan, Jompol Road, Korat. In the front, there is a beautiful golden alloy gate and small lawn with places to sit. Inside the building, on the right hand side of the ground floor is the Langar Hall (Community kitchen), where food is served. On the left hand side are the office and the quarters of the head of the Gurdwara. Address:3 Soi Sahaphan, Jompol Rd., A. Muang, Nakorn Ratchsima courtesy: Thai Sikh .org

Desi month - Sawan (ਸਾਵਣ) is the fifth month of the year according to the desi calendar and the Nanakshahi calendar. Sawan is considered as the month of rain and the sky is overcast with dark clouds throughout this month.