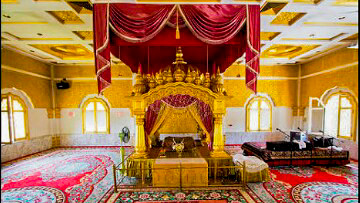 The first Gurdwara in Phuket was constructed by the Sikhs who had come to Phuket to work in tin mining and railway engineering under the supervision of the British in 1939. These groups of Sikhs were also involved in the Indian National Army (INA) during the World War II. Later, many Sikh businessmen started migrating to Phuket to start businesses in such fields as tailoring and hotels. More Sikhs moved to Phuket Province, when the province became one of the main tourist centres of Thailand. This led to a necessity to expand and renovate the Gurdwara to be able to accommodate the increasing number of Sikhs. The Gurdwara Committee of Phuket along with many other Sikhs together helped in constructing a new Gurdwara. The opening ceremony was held on January 22, 2001. The Chief Minister for this occasion was Privy Council Member, Bichit Kulavnich.

This message is only visible to admins.